**CLEAN TITLE/NO ACCIDENTS** 4.7L V8 Paired with a 5-Speed Automatic, 4WD, 4 Speakers, Power Driver Seats, Power Windows, Power Door Mirrors, Remote Keyless Entry, Heavy Duty Suspension, 4-Wheel Anti-Lock Brakes, and Many More Options!! Come Stop By Or Call Us To Schedule Your Test Drive Today! SE HABLA ESPANOL!!! Along with many extended warranty options and accessories, and we ACCEPT TRADES. We make the buying experience painless and pleasant with our no haggle pricing. We give you our best pricing upfront with all our prices clearly labeled on each vehicle. It is our PROMISE TO YOU, you will never pay too much at Truck Ranch. Better Service, Better Prices, Better Trucks!!!

Model Overview
Dodge's Dakota mid-size pickup is smaller overall than full-size pickups like the Dodge Ram for 2007, yet larger than compact trucks like the Ford Ranger, offering a compromise between the two. Maneuvering the Dakota on city streets isn't as problematic as full-size trucks, yet towing and hauling ability is better than most compact trucks.
The standard engine on the Dakota is a 3.7L V6 making 210 horsepower and 235 lb-ft of torque. The optional 4.7L V8 is offered in two variants; a flexible-fuel version is compatible with E85 fuel and makes 230 horsepower and 290 lb-ft, while a High Output version makes 260 horsepower and 310 lb-ft. The base ST and mid-range SLT have a standard six-speed manual transmission and optional four-speed automatic, while the top-trim Laramie comes only with the automatic.

The Dakota is available in a relatively simplified lineup compared to most other pickups. There are Club Cab or Quad Cab versions of each trim level (ST, SLT, and Laramie), and each one is available with either rear-wheel drive or four-wheel drive. Club Cabs have 180-degree-opening rear access doors, and Quad Cabs have four full-size doors and seating for six. The Club Cab has a 6'6" bed, and the Quad Cab's measures 5'3". The Dakota has a fully boxed frame for improved stiffness and durability over other frame designs, according to Dodge.

In addition to the rear-wheel-only ABS, four-wheel anti-lock brakes with electronic brake-force distribution are optional, as are side-curtain air bags that cover front and rear occupants. The Dakota also comes with knee bolsters. 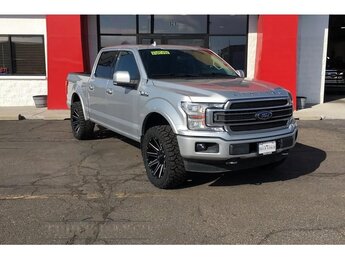