**CLEAN TITLE/NO ACCIDENTS** Tri Motor All-Wheel Drive platform with torque vectoring features, 0-60 in 2.5 s, 1020 HP Peak Power, 333 Mile Range, 22-Speakers w/960-Watt Audio System w/Active Road Noise Reduction, 360 Degree Camera, Tesla Supercharger Included, Adaptive Suspension, Tesla AutoPilot, and Many More Options!! Come Stop By Or Call Us To Schedule Your Test Drive Today! SE HABLA ESPANOL!!! Along with many extended warranty options and accessories, and we ACCEPT TRADES. We make the buying experience painless and pleasant with our no haggle pricing. We give you our best pricing upfront with all our prices clearly labeled on each vehicle. It is our PROMISE TO YOU, you will never pay too much at Truck Ranch. Better Service, Better Prices, Better Trucks!!!

Model Overview
The Model X comes in a simplified set of configurations, with a list of options to upgrade where desired. A Model X in the base Long Range Plus configuration is claimed to be able to hit 60 mph in just 4.4 seconds although Tesla doesn't brag about a specific horsepower number. Model X Performance models quicken the pace to 0-60 mph in only 2.7 seconds. Both of those figures are staggering, making both models one of the fastest cars on the road. A single-speed transmission is all that's needed to transmit that power to the road, since unlike a traditional gasoline engine, electric motors make plenty of power all the way up to the redline.
The two challenges electric cars must overcome have traditionally been lack of power range per charge. Range for the Model X Plaid model is a claimed 335 miles, the Long Range comes in at 351 miles and the Long Range Plus model tops out at 371 miles. The more powerful Performance has a little less range at 341 miles. As part of the deal, drivers get access to Tesla's ever-expanding network of "Supercharger" fast charging stations. With these stations placed across the United States, owners may plug in their Teslas to recharge for no additional fee. Tesla claims that about 20 minutes at a supercharger station will charge the batteries about halfway.

Standard features on the Tesla Model X include most of the basic luxury SUV amenities, though several features stand out. The so-called "Falcon-Wing" doors might be the most talked about feature on the Model X. The front doors open as any normal car door would, but the rear doors open up and out of the way, folding in the middle to avoid touching any adjacent cars. The advantage is a generous access into the vehicle, making ingress and egress particularly easy. Another unique feature of the Model X is the panoramic glass roof. The windshield stretches back, curving above the driver's head before finally meeting the tops of the rear doors. There is no break in the glass before that point, meaning one piece of glass acts as both a windscreen and a moonroof.

Tesla's most famous option is probably "Enhanced Autopilot." When equipped, the Model X will keep pace with the other cars on the road, speeding up and slowing down with them, but it will also keep to its lane, even around gentle corners. The optional Full Self-Driving system also includes a 360-degree camera and can, under certain circumstances, park itself. 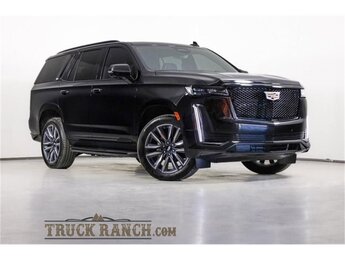